Monday’s photo. Joe and the kids. This was supposed to be a semi-serious photo for Ann to take to show her children. Ann is my mom’s oldest sister. We met her officially for the first time. It’s a long story and those that need to know it, know it. Tuesday’s photo. Just another photo of Tippy. She usually around when I’m outside and she takes awesome photos. I really like this one. Wednesday’s photo. This is one of three hydrants on our property. Although the other 2 work, this one doesn't. If you look closely you can see a spider (and its web), a cottonwood seed and a fly all on the hydrant. Thursday’s photo. Just Soldier Boy looking for a little tummy rub. Just don't do it too hard or too long or he will let you know that he's not happy!  Although this photo has had 10 views on Flickr, no one has commented. That is unusual for one of my cat photos. Maybe it’s just Soldier Boy – an earlier shot of him didn’t get any comments either. Oh, well, at least Presten and I think he’s a neat cat!

I haven’t edited today’s photos yet. I will do them tomorrow. I did participate in Cassie’s 30 Minute Masterpiece Chat at Designer Digitals tonight. I’ve tried before but didn’t come close to finishing. Tonight I actually finished and am pleased with the layout. 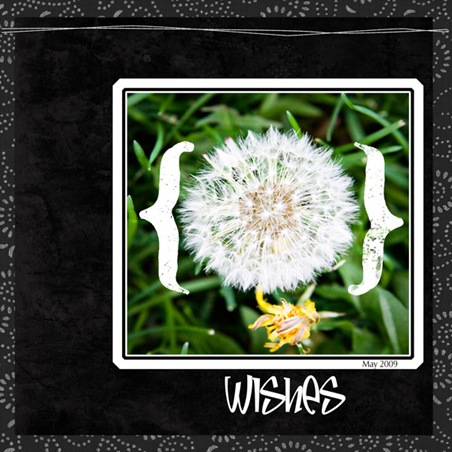 Posted by yellowsunnybear at 11:57 PM No comments: I missed out on capturing the number 100 for day 100 but ever since then I've been on the lookout for numbers. I found this one today. Who knows - maybe I'll make it to day 560! (Even if I do, I'd forget where this number is - LOL.)

It was so dreary today. A little bit of rain this evening. This is the 2nd day of off/on rain so I haven't been in the garden to weed. I will need to do that as soon as it is dry enough. I can't believe how fast everything is growing!!!

Posted by yellowsunnybear at 8:41 PM No comments: The geese are growing so fast. The parents are still protective of them. I'm surprised that I was able to get this close. I like how the young ones are all walking in unison. The new fence was put up today so now they are a little more restricted in where they can go. We also received 8 young African geese that will be staying here until fall.

Posted by yellowsunnybear at 9:40 PM No comments: Our chickens are free range. They go wherever they want and that means they build their nests in all sorts of places. This one is on top of the old doghouse. She is one of 3 hens (that we know about) that are sitting on eggs right now.
I'm going to try to get back in the habit of posting my photos here again also. I usually add more comments here and sometimes other stuff.

Posted by yellowsunnybear at 10:54 PM No comments: AJ is working for us this summer. Yesterday he got the big tour to show him where all the trees/plants are that need to be watered. The clipboard on his lap is the big master list of projects for the summer. Note the cat (Tippy) riding on the back of the golf cart.

Posted by yellowsunnybear at 10:51 PM No comments: Little Guy looking around while I watered the newly planted fruit trees. He absolutely loves being outside but he likes to come inside when he's had enough. Or when Soldier Boy is around.

Posted by yellowsunnybear at 10:50 PM No comments: